Many have welcomed the recent announcement by Tokyo Governor Yuriko Koike that a same-sex partnership system will be introduced for all of Tokyo in fiscal year 2022. But some LGBTQ activists have pointed out that there is still much to do to achieve true equality in Japan.

Currently, 12 of Tokyo’s 62 municipalities have introduced a same-sex partnership system, but Koike’s announcement for the entire metropolitan area means more than half of Japan’s total population could now be covered. by such a system.

Kanae Doi (L), Japanese director of Human Rights Watch, attends a press conference in Tokyo on June 4, 2021, for the Equality Act Japan campaign calling for the introduction of an LGBTQ equality law. (Kyodo)

Tokyo’s Shibuya district became the first to introduce a gay partnership certificate program in 2015. As of January of this year, a total of 147 municipalities across Japan have introduced similar systems, according to activist group Marriage For All Japan. .

Often, however, these partnerships are not recognized beyond their jurisdictions, and none of them are legally binding, meaning that it is up to individual institutions like hospitals and real estate agents to choose whether to use them. accept or not.

This can be one of the many overlapping barriers that LGBTQ people sometimes face. Japan also does not have laws prohibiting discrimination against LGBTQ people, and transgender people in particular are legally required to be sterilized as part of the gender reassignment process.

It is only after they have undergone compulsory sterilization, have completed gender reassignment surgery, and have their gender changed to male on their family registry that a transgender male, for example, can marry a cisgender woman whose gender identity matches her sex at birth.

“Japan is one of the few countries where surgery is required to legally change sex, as is the requirement not to have children under the age of 20,” said Gon Matsunaka, founder and chair of the project. LGBTQ Pride House Tokyo Consortium. “So even if same-sex marriage is recognized, other rights issues will remain.” 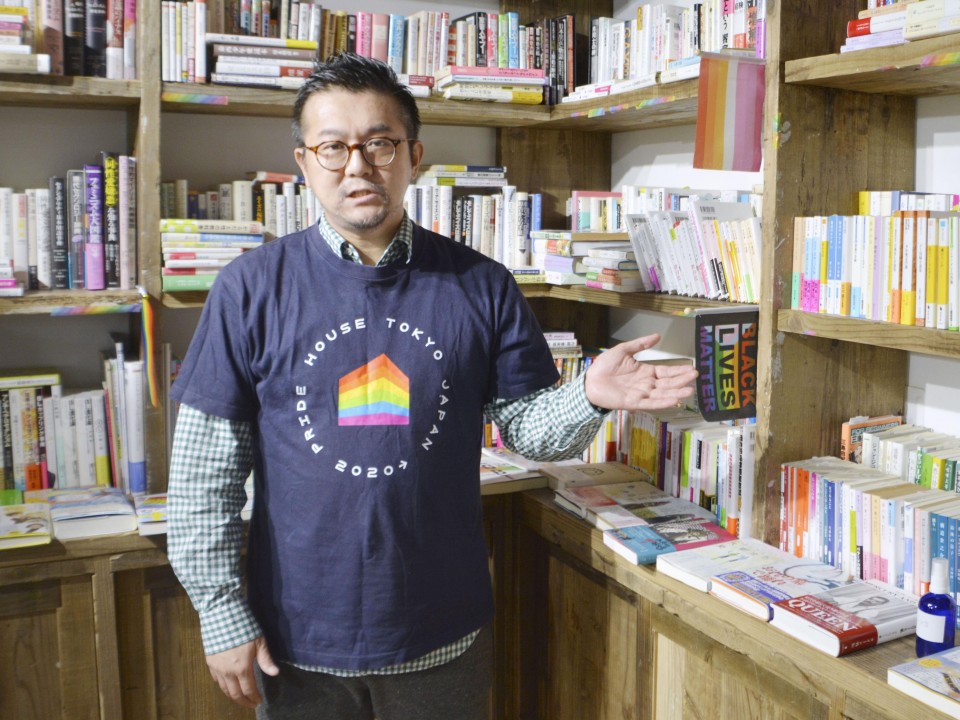 But Matsunaka, who runs Pride House Tokyo Legacy, Japan’s first permanent LGBTQ center that opened in October 2020, sees the benefits of Tokyo’s introduction of such a comprehensive partnership system.

Matsunaka is one of several LGBTQ activists and rights groups that will consult with the Tokyo Metropolitan Government in the fall on the details of the system expected to be introduced in the next fiscal year.

While only the central government can revise the constitution to recognize same-sex marriage, Matsunaka believes the Tokyo government’s decision will help pressure the state to act.

“So far the conversation has gone on with excuses such as ‘We still have to discuss this with the citizens’ and ‘There are a lot of opinions’, but the introduction of the system will be very effective in strengthening the ‘argument in legislative procedures to recognize same-sex marriage. “

LGBTQ people do not enjoy the benefits that heterosexual couples enjoy, such as medical visit rights and the ability to make medical decisions for their partners, co-parenting rights and spousal tax deductions.

Japan also remains the only member of the Group of Seven industrialized countries not to fully recognize same-sex unions.

But in March 2021, the Sapporo District Court delivered a landmark verdict when it ruled that the government’s refusal to recognize same-sex marriage is unconstitutional because it violates the right to equality.

Shinya Yamagata, 54, is a member of Marriage for All Japan and is part of the group’s concerted efforts to sue and demand marriage equality in several Japanese cities.

“It pisses me off that we are being unreasonably excluded from a marriage that offers many advantages, like we are second-class citizens, compared to heterosexuals who can get married easily,” said Yamagata, who is with him. her same-sex partner for 24 years and has spent several years campaigning for marriage equality.

Yamagata is a resident of Tokyo’s Nakano district and has also been involved in campaigns for Nakano to bring his own partnership system.

As he continues his legal battle in Tokyo, Yamagata associates campaign in cities like Osaka and Nagoya, and he says he expects two or three more decisions to be made this year on same-sex marriage. , potentially similar to the one made in Sapporo.

Decisions in addition to the Tokyo partnership system could have a huge impact on public discourse, and Yamagata also believes it will put more pressure on the Japanese government to finally recognize same-sex marriage.

Kanae Doi, Japanese director of Human Rights Watch, said that the recognition of same-sex marriage, “legislation prohibiting discrimination against LGBTQ people and the removal of sterilization as a requirement for gender reassignment surgery are necessary to move forward ”.

But Doi also expressed concern that despite improving public perception of LGBTQ issues, legislative progress has been slow, making comparisons to campaigns to allow married couples to take names from them. separated family that last for about 20 years.

While confident that there will be change, Doi noted a sense of urgency. “The reason is that LGBTQ people face serious and in some life-threatening cases. There is a difference between implementing a policy after one year and implementing it after 10 years.” she said.

“The current reality is that these laws will not (yet) be passed in the House of Representatives. But the LGBTQ community, as well as its allies, have made great strides.” she said.

“If we don’t give up and keep raising our voices, I’m sure there will be a breakthrough.”